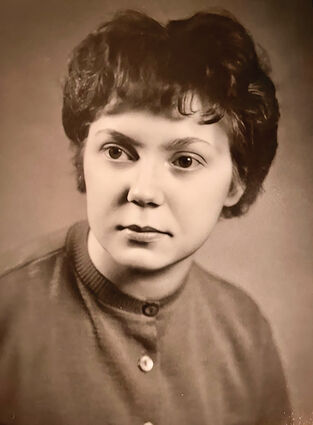 Hildegard Agnes Jürgens Hohmann peacefully left this earth on May 3, 2021. She was born in Bochum-Linden-Dahlhausen, Germany to parents Emil Jürgens and Hildegard Agnes Ketemer on July 12, 1937. Hildegard grew up in a loving family and was very close with her younger sister, Ursula. Tragically, she was a small child in a war-torn country and was forced to experience some of these horrors, including spending many nights in bomb shelters and losing numerous family members including her father and grandfather. Hildegard completed a high school education and then began working in the Human Resources department at IBM, which she enjoyed for over 10 years.

Leonhard Hohmann introduced himself to Hildegard and her sister at a fair in 1958. Although Hildegard seemed unimpressed, Leonard was smitten, and they were soon a young couple in love. Their first son, Dirk, was born in Bochum, Germany in 1960. The couple married and soon took a memorable honeymoon to Spain and northern Africa.

In 1962, Hildegard and Dirk joined Leonard in their new country, the United States of America, where they would live for the rest of their lives. Moving from Grants, New Mexico to Butte, Montana, the young Hohmann family would soon meet a group of people that would become lifelong friends.

Their second son, Lenny, was born in Montana in 1967 and the family then moved to Washington State. Their youngest, Heidi, was born in 1971, the same year the Hohmann's moved into their new dream house in Allyn, Washington.

Hildegard dedicated her life to raising her children, while meticulously keeping a beautiful home, supporting her hard-working husband, working in their gift shop, entertaining friends and family from Montana and abroad, and traveling to Europe, Alaska, and other places in the United States.

The family would like to thank the staff at the Haven at Allyn for the gentle and loving care Hildegard enjoyed during her last few days.

A private memorial will be held with immediate family.