A profile on an anti-government and anti-law enforcement extremist set to air on NBC's "Dateline" at 9 p.m. Friday will feature the recollections of his former wife, a longtime Shelton resident, and...

The Shelton Police department arrested two suspects Jan. 27 for an assault at Kneeland Park. According to police documents obtained through a public records request, Officer Warren Ohlson stated he arrived at Kneeland Park for a disturbance call...

The Mason County Board of Health met Jan. 24 and talked about the rough flu season and a new strategic health plan for the county. Public Health Officer Dr. Keri Gardner said it has been a rough season for the “tripledemic,” which includes...

The internal investigation into Mason County Fire District 12 will wrap up by the middle of February, according to lawyer Brian Snure. Snure, part of the law office conducting the investigation, told the Journal in an email he anticipates receiving...

Lauren Gilmore, a research analyst for the state Office of Superintendent of Public Instruction, is the new member of the Shelton School Board. At a special meeting Tuesday night at CHOICE High...

In January 1973, the students in Virginia Pill's third-grade class at Hood Canal School, who had recently studied early Indians and pioneers, had a visit from two women who demonstrated how the early...

A proposed sex-offender home in Tenino, which is in the 35th Legislative District has drawn the attention and action of Reps. Dan Griffey and Travis Couture and Sen. Drew MacEwen after outrage from the community. According to a news release,...

A comical look at impending doom

Shelton High School's theater, drama club and entertainment production students stage two one-act plays "10 Ways to Survive: The End of the World" and "The Zombie Apocalypse" at 6:30 p.m. Friday, and...

Love INC workshop focuses on trauma Love INC (In the Name of Christ) of Mason County offers a free 12-week workshop on healing from trauma that began Wednesday at the Mountain View Alliance Church, 314 J. St., Shelton. The faith-based “Reboot...

The Parent Teacher Student Organization at Mountain View Elementary School in Shelton last week surprised the students by unveiling a book vending machine in the school's lobby. The group spent...

Mary and Sam drive to Los Angeles and visit friends. After spending several days, they head to Belfair. I remember when most communications were done through mail. When traveling, you could forward mail to a post office in the city you were headed...

The Port of Hoodsport opened 2023 by ensuring its finances were in order. Port of Hoodsport Operations Manager Kathleen Wyatt noted Jan. 18 that Port Commissioner Lori Kincannon, during the previous month’s port meeting, had tasked Wyatt with...

The Journal encourages original letters to the editor of local interest. Diverse and varied opinions are welcomed. We will not publish letters that are deemed libelous or scurrilous in nature. All letters must be signed and include the writer’s... Full story

Letters to the Editor

Random thoughts for a February day

A good message for a reader board in front of an Episcopalian church: Jesus is woke. Our given name is the second gift we receive in this world, after being given the gift of life … or maybe our...

Ever since COVID reacquainted me in 2020 with Peter Falk's "Columbo," I've considered how neat it would be to see the murder-mystery genre diversified by creating a female version of the Columbo...

Larry L. Frahman, was born May 3, 1959, to Les and Annette Frahmann in Medford, WI. Larry attended school in the Owen-Withee school system, until relocating with his family to Shelton, WA in April,... Full story

Paul Raymond Zachry was born in Shelton, WA on October 8, 1969. A lifelong resident of Shelton, he passed away on January 18, 2023. Paul was the youngest child of the late DeLoss & amp; Ethel Zachry.... Full story 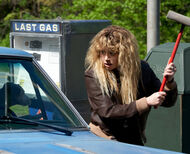 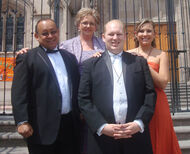 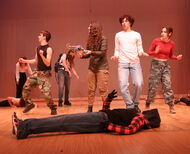 A comical look at impending doom 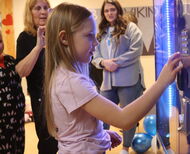 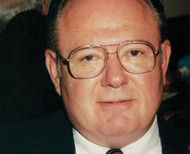 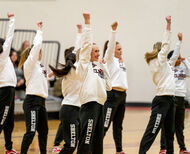 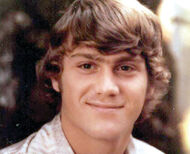 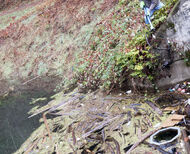 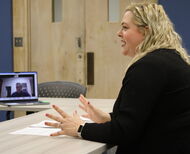 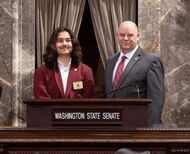 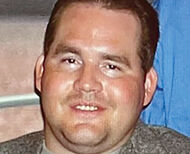 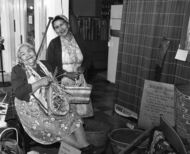