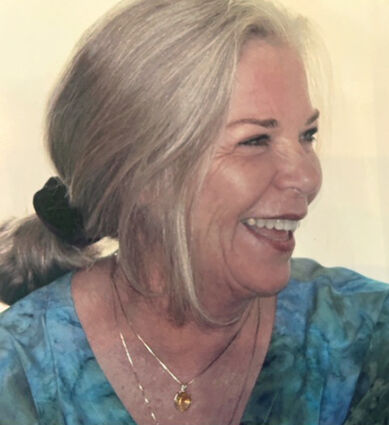 Jeri Lee Robinson was born February 15, 1943, in Long Beach, California. She is the daughter of Verna Anita Robinson and William T.G. Robinson.

After high school in Sumner, Washington Jeri moved to Sacramento, married and had four children. She was a single mother and completely devoted to her children.

Jeri worked in state politics and for a Sacramento area land developer. Her colleagues often became lifelong friends. She was kind, generous, spiritual, dedicated, and loyal, and an avid volunteer. Those close to Jeri also know she made countless meals and plates of cookies for friends in need. Our mom gave SO MUCH of her heart and time helping others.

Jeri eventually returned to Washington and built a house on Harstine Island, where she had many loving friendships and good times. There, she acquired her two loyal canine companions, Beau and Marley. She adored her dogs.

Jeri is survived by her four children, Eartha, Ed, Kristi and Kelly; three grandchildren, Jahlelah, John and Lola; and her faithful friend Marley. She is preceded in death by her mother, father, and brother, James Robinson.

A memorial service will be held in Jeri's honor at Hill Funeral Home in Puyallup, WA on Saturday, September 10, 2022 at 1:00 p.m. It will be followed by an open house at 1109 O'Farrell Lane NW, Orting, WA. All are welcome to attend.

Donations in Jeri's memory can be made to Mikey Chance Canine Rescue in West Richland, WA.