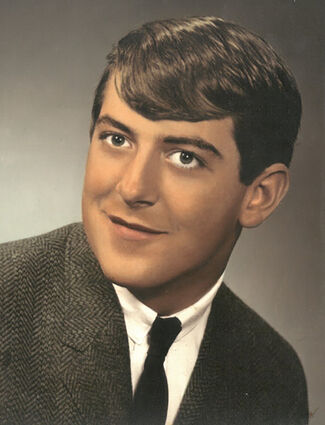 Stephen Emory Knutzen, 74, a longtime Kennewick resident passed away on January 8th, 2023. He was born on February 19, 1948, in Shelton, Washington. After graduating high school in 1966, he enlisted in the Army and bravely served our country in the Vietnam War.

Steve's older brother Charlie convinced him to move to the Tri-Cities area after returning from Vietnam. He held various jobs until his cousin, Mike Dronen, convinced him to give meatpacking a try. While working at the Cudahy meat plant (now Tyson), Steve met a young receptionist named Leigh Ann Unruh. They were married on April 13, 1974, and settled on a small farm in Finley, right next door to Leigh Ann's parents, Irvin and Marie. It was there that Irvin taught Steve how to raise animals and the art of farming. Steve named his farm the "Barely Break Even Ranch", fashioning a sign at the entrance of their driveway. Steve and Leigh Ann welcomed their oldest son Paul in 1977, Caleb nineteen months later in 1978, and Gabriel in 1985. Before his own boys were old enough to help with the farm work, Steve's nephews would volunteer to spend their summers to help "Uncle Steve" on the farm (Brian, Mike and Bruce). He was a proud father of his three sons. He instilled in them the value of hard work, demonstrating every day what it takes to work on a farm, hold down a regular job, and make and take time to celebrate family and create memories.

In 1974, Steve customized a mobile butcher truck and started Knutzen's Kustom Kill. Following persistent urging by his butchering customers, he transitioned the business into a full custom meat shop in 1983. Knutzen's Kustom Kill and Kutting was initially located on Dent Road in Pasco before moving to downtown Pasco (on Columbia Street) for a couple of years and then, in 1987, to its current location on Court Street and Road 64. In 2002, Steve added retail meat sales and slowly grew the business into Knutzen's Meats. He eventually retired from mobile butchering but continued to serve fine quality meats to the community. A true family business, Steve taught his kids, as well as numerous nephews& nieces (Tom, Stacey, Lisa, Katie, James and grandson Brendan) various aspects of the business. He was still working with his son, Caleb, when he passed.

Steve enjoyed nature, but foremost, one particular part of nature, the golf course. You'd recognize Steve by his beard, bare feet and Hawaiian shirt. If you were lucky enough to golf in a scrambler with him, Steve would always hit first because he'd always put the ball right "down the middle" and give everyone else an opportunity to crush it. His skill in this game led to seven holes-in-one over the years. That's a lot of drinks for the entire clubhouse afterwards! He was a proud member of Canyon Lakes Golf Course and while not all his sons' shared the same level of passion as strongly for golf, "Uncle Steve" loved golfing with his nephews that also loved to play.

Steve could make a friend of anyone, and no one he met was a stranger for long. He'd stop what he was doing at his meat shop to visit with old friends that came in looking to say hello, even though he had work to do. Every year he supported Columbia Basin 4-H and FFA kids by buying their animals at the Benton Franklin Fair Market Stock Sale. A little known fact–Steve was an early adopter of the cell phone. And while he'd been in possession of a cell phone since the mid 80's, it's ironic that no one who knew him could ever reach him on it.

He is preceded in death by his parents Warren and Florence and his brothers William, Charles, and sister Christine. Steve is survived by his wife Leigh Ann; children Paul (Jody), Caleb (Cheyanne), Gabriel; and grandchildren Brendan, Kyler, Ryan, and Zephyr; younger twin sister Rosemary (Niels); older brother David (Cindy); and many beloved nieces and nephews. 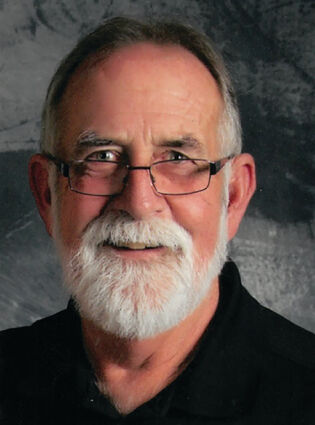 A celebration of his life for ALL who knew Steve will be held at Canyon Lakes Golf Course, 3700 Canyon Lakes Drive, Kennewick, WA 99337 at 5:00 p.m. that evening. Please bring your memories of Steve to share with our family and friends.