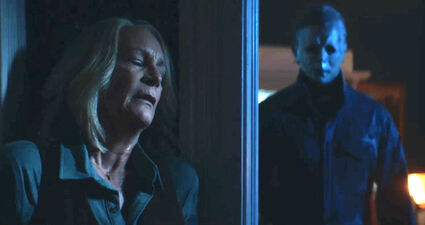 One way or another, this time, "Halloween Ends" for either Laurie Strode (Jamie Lee Curtis) or Michael Myers (James Jude Courtney).

Watching "Halloween Ends" made me feel like the 2005 viral meme of Tyra Banks (herself a victim of Michael Myers, in 2002's "Halloween: Resurrection") when she screamed, "I was rooting for you! We were all rooting for you!"

I will still defend 2018's "Halloween" as the best film in the franchise since the 1978 original, and its direct sequel, 2021's "Halloween Kills," started out with all the right ingredients to surpass its predecessor, as we flashed back to...