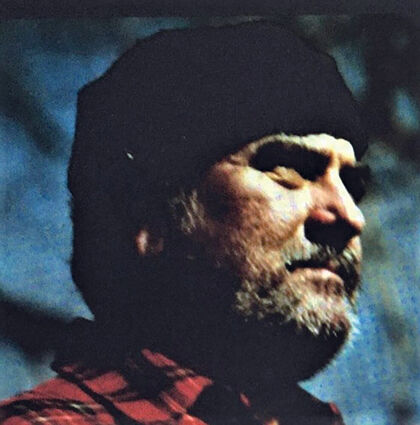 Elmer passed away peacefully on September 21, 2022 in White Bear Township, Minnesota. Elmer was born the eldest of 12 children in St. Paul, MN on August 19, 1931. He grew up in Rush City, MN and joined the U.S. Marine Corps in 1950. He survived the Chosin Reservoir battle in Korea and served on the DMZ (border) in Vietnam in 1968. His communications work took him and the family to Okinawa and the Philippines and he was located in Camp Lejeune, NC for much of his career. Elmer retired to Bemidji, MN in 1972 where he fulfilled his lifelong ambition of going to university and earned a B.S. in Political Science (Magna Cum Laude) from Bemidji State University. After graduation Elmer moved to Seattle, WA. He also spent many happy years watching the seals and cormorants on Hammersley Inlet in Shelton, WA.

Elmer, as the eldest of a large, rural, working family, learned early on the importance of duty and personal responsibility. His service to his family, and to his country as a U.S. Marine, framed his long life, and are qualities passed on to his children, as well as his enduring humanity. He was an exemplary dad, family rock, pragmatic, super smart, with a dry sense of humor and an unerring ethical compass. A voracious reader, he consumed three newspapers a day supplemented with the New Yorker, Lapham's Quarterly, and the London Review of Books. He was an expert on world political and religious history, specializing in the Middle East. He loved his family above all else, followed in no particular order by cigars, coffee, cats, beer, and a VERY dry martini.

His closest friend of 90 years, Tuffy (Rohland) Reider, remembers him as "a special human being – curious about all things that were worth the task of learning about."

As a proud Marine Corps Veteran, Elmer's last act of service was to donate his body to the University of MN Anatomy Bequest Program for medical education. Memorial services will be held in MN and WA in 2023. Memorials can be directed to Meals on Wheels, Sarvey Wildlife Care Center, Planned Parenthood, or the charity of your choice.