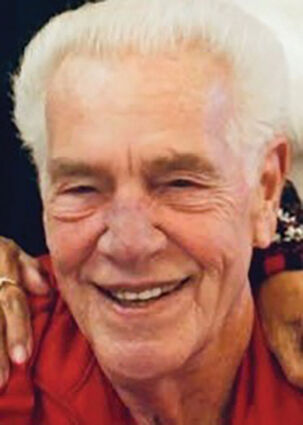 Bill passed away on August 18th, 2022, at the age of 87 s wafter a courageous battle with a heart condition, surrounded by his children, Patty, Cathie, Neil, and his companion Dee, who will strive to honor his memory by living their lives to the fullest, as he did.

Bill was an avid golfer longtime West Seattle resident, graduated from Gonzaga University, retired as a Civil Engineer at Seattle City Light where he achieved many awards and was a father and friend to many. Bill will be remembered with love long after his passing.

Bill was known for being a humble person, very committed to his close friends, and his extreme passion to golf.

Bill lived his early years in West Seattle, with his first wife, Virginia, the mother of his three kids Patty, Cathie & Neil. After his retirement he moved with his second wife, Gayle, to Alderbrook Golf Club, where he served on the board of directors. He also became Commodore of the Yacht Club in 1995. This is where Bill spent the rest of their life. He served on many other committees including one that made it possible to purchase the Golf course and the Annex. He built and remolded numerous homes, enjoyed golf, bowling, sewing, and was a master bridge player. He always looked forward to meeting with his close friends and occasionally a family member or two at the Tides restaurant for breakfast every Sunday morning.

His Favorite song, sung by Elvis Presley, was

A Celebration of Life will be held at the Alderbrook Clubhouse,