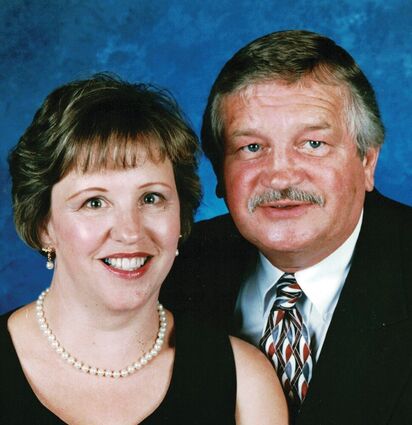 Loved and admired by all who knew him, Lawrence "Larry" C. Little, Jr., passed away on August 9, 2022, at Capital Medical Center in Olympia, WA.

"Larry Buck" Little was born in Little Mason City, WA, on June 27, 1936, and grew up in Grainger, WA. His former boxing dad taught him how to box at an early age in a makeshift ring in the barn behind the family's farmhouse. His beloved sister Hope, five years his senior, was his able sparring partner and had a mean jab.

Larry made his boxing debut as a 4th grader in the elementary school gym. Later, choosing boxing over basketball while attending Toppenish High School, Larry won the state high-school middleweight championship in 1955.

After a brief stint in college, Larry left school to marry (Dolly Lorton) and opted for a career as a hairstylist in Seattle. In 1958, he decided to enlist in the Army and was stationed at Fort Carson, in Colorado, where he won a tournament with the 60th Infantry Division and, in 1959, won the Army and Inter-Service Tournament and Honolulu AAU Invitational Tournament in the middleweight division. His talent would go on to make him famous as a top-rated light-heavyweight boxer.

In 1964, Larry's career blossomed under the guidance of his new coach, George Chemeres, who owned the Cherry Street Gym across the street from Pike Place Market in Seattle. Due to injuries, Larry's first pro fight was delayed until 1966, at age 30, when most fighters were wrapping up their careers.

Between 1969 and 1972, Larry hit the worldwide stage with a series of fights when he fought notable boxers like Andy Kendall, Bill Schellhas, Roger Rouse and Pat O'Connor. He frequently sparred with Eddie Cotton in the Chemeres gym. In early 1971, Larry was ranked No. 7 in the world. In that same year, he signed a contract to fight Floyd Patterson as a result of Oscar Bonavena breaking his hand. But Bonavena's handlers would not allow the fight, demanding that Patterson wait for the broken hand to heal and fearing that a Buck victory would jeopardize Bonavena's payday. In 1972, Buck fought his last fight and lost in a "decision" to Pierre Fourie in Johannesburg, South Africa. Larry was inducted into the Northwest Boxing Hall of Fame 2002. For more information on Larry Buck's boxing career, visit: IBROresearch.com.

In 1983, Larry married his second wife and love of his life, Janice, and worked as a member of the International Association of Machinists and Aerospace Workers as a metal fabricator in Seattle, WA where he became acquainted with the Shelton area while fabricating lumber equipment for Simpson Timber Company.

In 1999, Larry and Janice moved to Shelton and operated an antique shop named Chastity's Antiques. They resided at Fawn Lake until Larry's death. Larry will always be remembered for his great love of family, excellent story-telling skills and sense of humor.

Larry believed in giving back to his community. Over his lifetime he was active in numerous civic organizations including: M-Bar-C Ranch on Whidbey Island, Fred Oldfield Western Heritage and Art Center, the Elks, The American Legion and Peninsula Art Association. He also worked as a Santa Claus while living in Seattle and assisted with numerous fundraisers for Forgotten Children's Christmas Fund and a local, Shelton high school student needing cleft-palate repair surgery. He was many peoples' quiet hero!