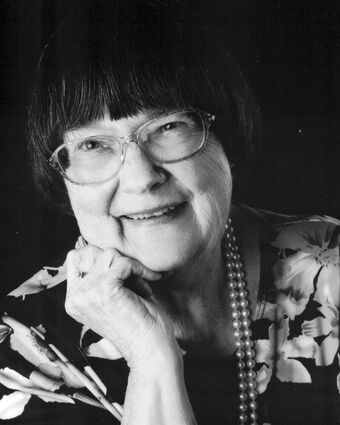 Anneliese Renate Olson (née Lorenz), known by all of her friends and family as Annie, passed away peacefully at Whatcom Hospice House Sunday evening, July 24, 2022. She was 91. Annie was preceded in death by her husband, Richard (1988), her daughter Barbara Hoyt-Brown (1986), her grandson Richard (1976), her grandson Jeffrey (2020) and her younger brother Edmund "Eddie" Lorenz (2017).

Annie lived a remarkable life. She was born in Berlin, Germany, on March 23, 1931, to a family suffering from persecution by the Nazis because both her father and grandfather were deemed politically undesirable. In addition to the many deprivations of war visited on her and her brother, which included the bombing, shelling, and occupation of her birth city, her father, Erwin Lorenz, was ordered to a labor camp in 1939 and not released until liberated in 1945. Recognizing that the Americans would occupy the Templehof of Airport District in Berlin, Erwin moved the family to that part of the city where Annie met her husband, Richard C. Olson, while he was stationed there with the United States Air Force. The couple began a family that ultimately included Barbara G. Hoyt-Brown, Richard C. Olson, Jr., Lisa Anne Sierman, and Robert Erwin Olson. Together, Richard, Sr. and Annie built the iconic television repair business in central Tacoma, Superior TV, which they operated for over 30 years. Annie and Richie moved to a new home on Treasure Island, Washington, in 1980. Annie resided over the years in Puyallup, Tacoma, Treasure Island, Poulsbo, Silverdale and, finally, in Bellingham.

In order that our present need to grieve can pass and lead to a more joyous remembrance of her life, Annie's family is planning a celebration within the next year that will include a scattering of her ashes. In lieu of gifts, flowers or other tokens of sympathy, friends and family are encouraged to donate to the Whatcom Hospice House or the Whatcom Council on Aging.