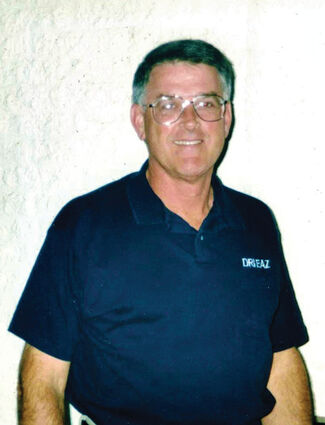 Ronald Jackson McMullen, passed away at Mason General Hospital on Thursday, July 28, 2022. He was a resident of Shelton and the Harstine Island area for over 20 years.

He was born November 22, 1943, in Tampa Florida, to Emerson L. McMullen and Vesta Eileen (Thomas) McMullen. His step-father, Arthur Alexander (deceased), was a wonderful role model in Ronald's life.

Ronald served in the Peace Corps from 1968-1969. He was married to Linda (Dronen) and Janice (Hoeffer) Young, both deceased, and then married Yvonne (Wallace) Larson in August of 2021 in Shelton. He was a Teacher while in Alaska, and worked for Dri-Ease and Sunbelt in managerial positions in the U.S. He also worked in England for a year.

Ronald had many interests. He was a member of Faith Lutheran Church, the Gideon's, he was a sandwich maker for the homeless, an avid golfer at the Lake Limerick course, a sports fan, he played football at Lewis and Clark High School in Spokane, WA, graduating president of the class in 1962, and attended Whitman College and graduated from the University of Washington with a Masters Degree.