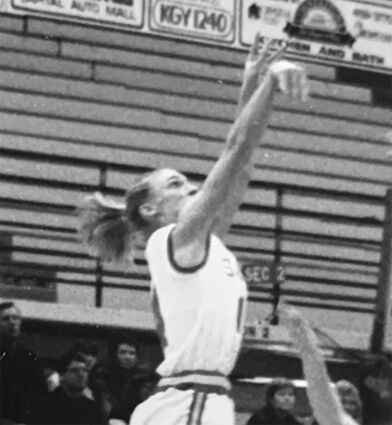 DeeDee (Bailey) Horton passed away peacefully at home on May 18, 2022, in Olympia, WA at the age of 52, after battling with an aggressive brain cancer.

She was born and raised in Olympia, where she was a standout athlete at Olympia High School. She went on to play volleyball at the University of Idaho before returning to Olympia to join David in forming a lifelong union based on mutual support, respect, and deep love throughout their 32 years together. DeeDee completed a degree in education at SMU on a basketball scholarship, earning NAIA All-American honors. She taught at Washington Middle School in Olympia before focusing on coaching basketball where she mentored young women at SMU, PLU, SPSCC, and finally at Northern New Mexico College, taking her to Santa Fe, NM, where DeeDee and David lived part time over the last 10 years.

DeeDee is survived by her husband, David; her grandmothers, Lois Kussman and Doris Bailey; her parents, Denny and Leslee Bailey, all of Olympia; and her sister, Dana VanSlyke, living in Spokane.

There will be no funeral or memorial service per DeeDee's request. In honor of DeeDee's commitment to mentoring and supporting women, in lieu of flowers, please consider a donation in her honor to SafePlace in Olympia. https://www.safeplaceolympia.org/donate.html