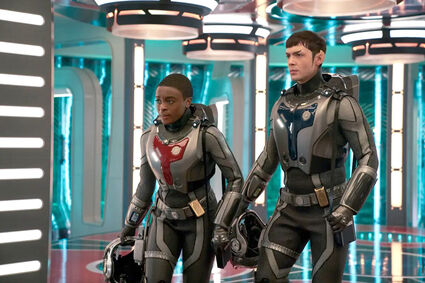 It's Uhura (Celia Rose Gooding) and Spock (Ethan Peck), but not as you've seen them before, in "Star Trek: Strange New Worlds."

I'm trying something different for this week's reviews. Please let me know if it works for you.

This matters because most modern television and streaming shows are written as season-long arcs, which was absolutely not the case with TV shows when I was growing up in the 1980s.

Eighties TV had notable exceptions such as soap operas and miniseries, and long-running or especially popular shows were affor...