Layout of building changed during remodel 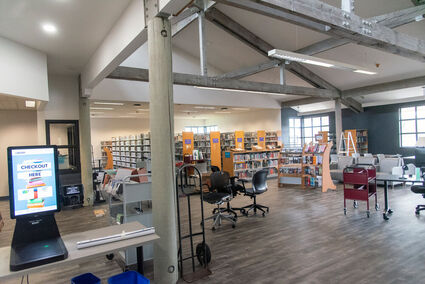 The adult fiction section is shown on the top floor during the Shelton Timberland Library remodeling on April 21.

After three months of being closed, the Shelton Timberland Library reopened its doors Monday with that new building smell.

While the building was closed, the library operated out of the Shelton Civic Center and the Shelton YMCA.

"As chaotic as it's been, I think having a good team to work with has helped out a lot," Library assistant Joe Alessi told the Journal. "I would say that it's gone as good as it could have. As far as being able to pack up a van and move it to another building, I think that actually worked much better than we had anticipated it working."