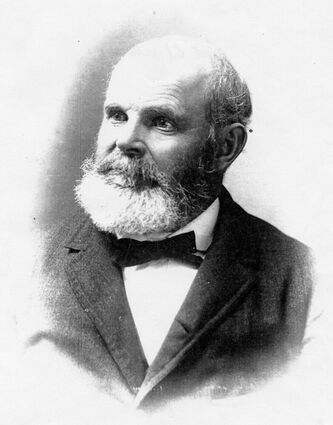 In 1892, a journalist for the Seattle Press Times wrote, "Captain Miller of the tug Biz and owner of that antediluvian ark the Ajax, is one of the old landmarks on the waterfront, weighs something over 200 pounds, and is short, exceedingly short.

A better-hearted man never lived, and if he does run slightly to flesh, he is one of the keenest and most pleasant tugboat men on the Sound. He is always in a rush and his short and heavy legs carry him over the ground in remarkably quick time. He is always ready, like the typical sea captain, to spin a yarn and as he mops the perspiration from hi...