From March to May 1959 in the Journal 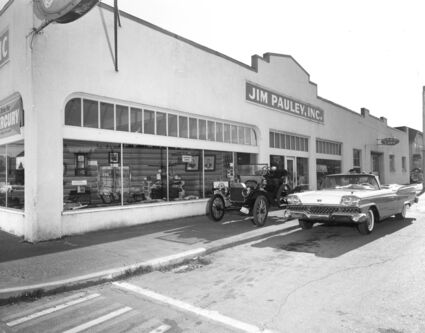 The Daughters of the Pioneers Forest Festival Window.

The feature story March 5 included a photo of a car that had been blown apart on a county road when dynamite in the trunk exploded. The driver, who was killed, had been transporting the dynamite to his home to use for blasting stumps. The city of Shelton immediately began to draw up an ordinance that would ban the purchase, transport and storing of explosives within city limits - the driver had been parked at a local grocery store only 30 minutes earlier.

included the headline that a recently passed state law was negatively affecting the city...