'Servant of the People' is an inspiring winner 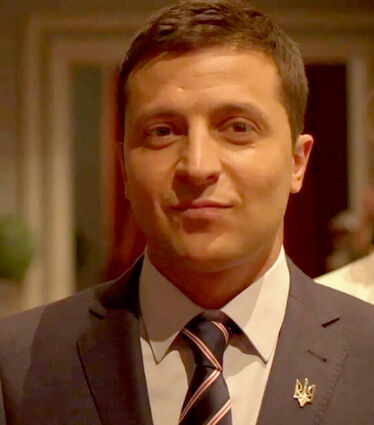 The fictional president of Ukraine (played by future real-life Ukrainian President Volodymyr Zelenskyy) smiles at scoring a big win against The Powers That Be in the 10th episode of "Servant of the People" on Netflix.

Ronald Reagan and Arnold Schwarzenegger were able to lean on their movie careers to get elected governor of California, which led Reagan to higher office and Schwarzenegger back to Hollywood.

Donald Trump's high profile from his reality TV show was credited with helping him win the presidency, although his social media presence played at least as large a part in that.

But none of those three entertainers went directly from playing the president of their country on TV to getting elected president in real life, which sets Volodymyr Zelenskyy apart.

After three seasons of "Servant of the Peopl...