A story of early Tahuya 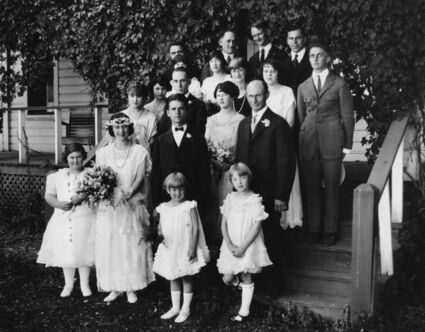 Frances and John Wing Huson's wedding on Aug. 10, 1924. Below, Rodney White with his team.

The first settler of record in the Tahuya area was Enoch Willey, who acquired a claim in 1865. Willey sold his claim in 1875 and eventually settled at Oakland. Among the homesteaders who followed him was Rodney White, a Black man who filed a claim on 160 acres in March 1890.

White had a reputation for being a "good worker with a heart of gold," and had soon built a log house, a barn and a root cellar. He fashioned a hauling sled out of maple and used a team of oxen named Duke and Diamond, led by two burros named Baltimore and Babe, to pull it. White built the road from Tahuya to Dewatto us...