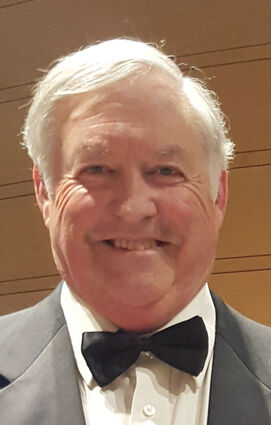 Myron "Rick" Hittinger, 76, passed away on January 24, 2022, of complications from COVID-19. Born in Whittier, CA in 1945, to parents Martha Shuman and William Hittinger, Rick truly lived a full and passionate life, surrounding himself with friends and his love of boating, music, travel, and vehicle maintenance and collection.

A veteran, Rick served in Vietnam and played saxophone in the Army Band. Following his years of service, Rick obtained both a Bachelor’s and Masters’ Degree from West Texas State University. He directed the Happy and Canyon High School bands in Texas before moving to California, where he played music regularly in the Long Beach City College Evening Symphony. There, he was also active in the Long Beach and Seal Beach Yacht Clubs, and was the Maintenance Manager of buses for the Metro Transit Authority (MTA) and Laidlaw Transit.

In his later years, Rick moved to Shelton, WA with his partner Pam Fife to pursue his passion for boating. He became the Commodore of the Shelton Yacht Club and also continued his love of music, playing in the American Legion and Capital City Bands in Olympia.

Rick never met a stranger. He was the first to offer a helping hand to those in need and the first to enjoy a good celebration. His sense of humor and joke-telling skills were loved by all who knew him, and his voracious appetite for life made him unforgettable!

He is preceded in death by both of his parents and dear friend (his “brother”), Jack List. He is survived by Pam, her daughters Jessica and Julie (Nial), his grandchildren, Quewen, Maeve and Tony, (his “sis”) Jan List, his close friends Randy and Kathryn Bloodworth, Ron and Gail Sanderson, Wayne and Diana Appler, Nick Petruccione, Rich Waring, Tim Ainge, Neal and Debbie Stolberg, and Jeff and Laura Kopczynski, companion dog Sachi, and many (many) others. A true “Renaissance Man”, he will be greatly missed.