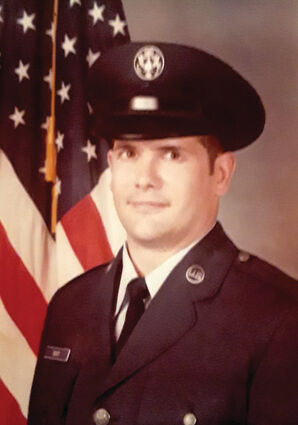 Steven lived in several different communities while growing up. He always excelled in school and made many friends along the way. The home that had the biggest impression on him was his childhood home on the beach in Hansville, WA. This was where he learned to fish, hunt ducks, dig clams and go crabbing. Many times in the evenings he and his dad would don their rubber boots and warm clothes and head down to the beach with their lantern to go crabbing. They would come home and have fresh crab sandwiches on toast. He had many fond memories of his life at the beach in Hansville. From there, his family moved to Matlock, WA where they made their permanent home. As a young man in high school Steven played basketball. He worked on the family farm with his dad milking cows, butchering chickens, preparing the garden, planting fruit trees, harvesting hay in the summer and gathering and processing firewood in the wintertime.

After graduating High School Steven travelled by car to Alaska and ultimately returned again where he resided for a few years, during which time he worked as a security guard.

Steven was patriotic and joined the Air National Guard where he served in Honduras during part of his time in the military.

He also spent nine years working for the Washington State Department of fisheries. He worked at the Nooksack and Simpson hatcheries and other locations as needed.

In addition to this he also worked for the forestry service fighting fires. Severe back and neck injuries sustained at this job limited his ability to continue in that line of work.

To bring in extra money he would deliver firewood to other people as well. He said that of all the jobs he has ever had, that was his favorite thing to do because people were so grateful and appreciated the hard work it is to process firewood.

He was dedicated to staying fit and would chop wood as a form of exercise. He was very strong. Steven was also mechanically inclined and enjoyed acquiring, fixing, riding and maintaining motorcycles and all kinds of vehicles as well. He enjoyed hunting and fishing, rock hounding, mushroom picking, blackberry picking and spending time with the family.

Steven loved music and was musically inclined as well. You rarely saw him without a guitar in his hands at some point during the day. He liked to play the classic rock tunes but he had such a great sense of humor and sometimes would make up his own funny song with lyrics that would usually have everyone in stitches. He was very witty, artistic and creative as well.

Steven is preceded in death by his parents, Steven Dudics Sr. and Marion Dudics, his eldest brother Daniel Dudics, and his eldest son David Dudics, and nephew Andrew Oien.