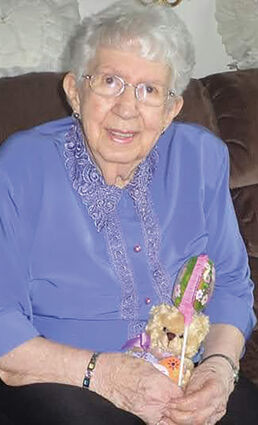 Theresa Vera O'Brien Beerbower passed away due to natural causes on Friday, October 2021, at Maple Glen in Shelton. She was 98 years old.

She was born September 28, 1923, in Kelso, WA, to James Riley O'Brien & Frances Luvada (Dunathan) O'Brian. She married Harold B. Beerbower on February 6, 1943, at the Beerbower Homestead, and was self-employed at Beerbower Spool Manufacturing. She enjoyed bowling, gardening and sewing.

She was preceded in death by her husband, and by daughter Loretta Wilson and son in law, James Wilson of Pasco, WA.

A graveside service will be held at Grove Cemetery in Matlock, WA, on October 21, at 1:00 p.m.