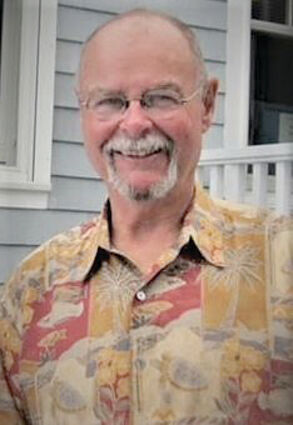 Phillips "Phil" Bagwill passed away on September 18th, 2021, in Bremerton, Washington at the age of 87. No malady could dampen Phil's affection for his family or his sense of humor. He continued to welcome relatives into his home and to bless us with his laughter until his final weeks of life.

Phil grew up in Aberdeen, Washington. He also spent part of his upbringing in Greensboro, North Carolina and Pleasantville, New York. Between 1956 and 1958, Phil served in the United States Army. Several years after his service, he built a home in Belfair, Washington, the fulfillment of his dream to live near his favorite childhood vacation spot: Alderbrook Resort. Phil quickly developed a reputation in the Belfair community for his lively dinner parties, as well as his entrepreneurial charm.

To his closest friends and family members, Phil will be remembered for his tenacity, his hospitality, and his benevolence to those in need. He is survived by his older siblings, John and Molly; his daughter, Jill; his stepchildren, John and Victoria; his five grandchildren, Eric, JoJo, Holly, Dylan, and Frankie; and his four great-grandchildren.