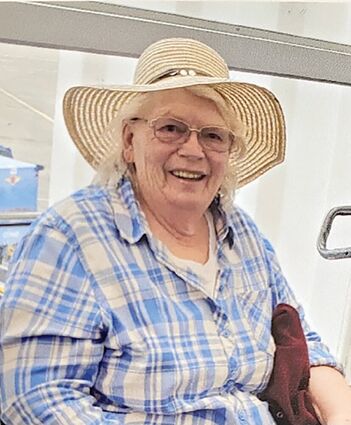 Christine Rose Massey, 72, of Matlock, passed away peacefully on October 2nd, 2021, at home surrounded by family and loved ones.

She was born in Bremerton, Washington on July 15th, 1949 to the late Bill and Georgia Massey, and was a lifelong resident of the Matlock community.

Christine "Chabas" spent some of her most memorable years at the side of Chief Howaltid (the late Tyee Lester Greene of Wa'atch.) The name "Chabas" that Chief Howaltid gave her means "sugar ants" in Makah. Together they made significant contributions to many Northwest tribes and other First Nations made by Chief Howaltid and Chabas at many gatherings. They traveled to many gatherings and ceremonies throughout western Washington State. Their dedication and sacrifices for First Nations' survival was a blessing to many. She will be remembered for her warm welcomes, big smiles and sense of humor. Together they made everyone feel "right at home."

Christine –known as 'Anna' to her grandkids- is survived by her two daughters Brenda (Buck) Wilder, Billie Jo (Richard) Westfort, six grandchildren, Kelli (Bryan) Walsworth, Kyle Wilder, Christina, Erica, Alyssa and Rickie Westfort, and four great grandchildren, Maddy, Justin, Anthony and Raymond, all of whom she cherished greatly, She is also survived by three sisters, Patricia Sullivan, Sharon Whitby and Jacqueline Biafore, a brother James Massey and was preceded in death by her sister Kathleen Daniels.

In lieu of flowers, donations may be made in her honor to Mary M. Knight School P.T.O., District # 311, 2987 Matlock-Brady Road, Elma, WA, 98541. A graveside service will be held on October 23rd at 12:00 at The Grove Cemetery. Family and friends are invited to a gathering at the Matlock Fire Hall immediately following.