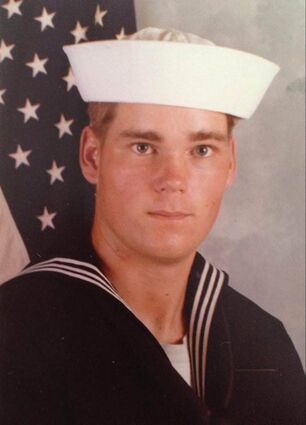 Daniel Curtis Gregory passed away at his home on September 11, 2021, with his loving wife at his side. Daniel was born on March 6, 1963, in Everett, WA, and his parents were Patricia (Weeks) Gregory and Sidney P. Gregory. He is survived by the "love of his life" Lisa Gregory of Shelton, WA, his father, Sid Gregory of El Paso, TX, as well as his children Curtis Gregory of St Joseph, MO, Brianne Heslop, of Moses Lake, WA, Shawna Sloane, of Moses Lake, Brenon Miller of Shelton, WA, his sister's Sheryl Cassella, of Moses Lake, WA, Raejean Hastings, of Moses Lake, WA, and brother, Paul Gregory, of Bennett, CO. He is also survived by several grandchildren, Cora Gregory, Wesley Gregory, Joshua Heslop, Lindsay Heslop, Steven and Michael Sloane (twins), Jackson Sloane, Leila Sloane, Conner Miller, Cidiair Miller, Xander Miller, and Aurora Miller. He was preceded in death by his mother, Patricia Wilder, and his brother Richard Gregory.

Being raised as a child in Everett and Kirkland, his mother's sister was married to Al Langton, and they had three children David, Cheri, and Lyn. The two families were always together, taking trips and spending holidays together. After his father's divorce, he lived with his father's family in Warden, WA, where he graduated from Warden high school in 1981. The month he graduated, he was married to Robin Malcolm and joined the Navy, where he served for five years in Pensacola, FL, Iceland, and served on the USS Saratoga and on the Aircraft Carrier, USS Nimitz. In high school, he learned to weld at a manufacturing company in Moses Lake, and that was his trade in the Navy. After being honorably discharged, he moved back to Warden with his young family for a few years. He later returned to Everett, and after divorcing his first wife, he married his present wife, Lisa Yates, and they have been together ever since. They lived in Kirkland and Moses Lake for a short time and eventually moved to their present location on Harstine Island near Shelton, WA, which has a beautiful view of Puget Sound and Mount Rainer.

Dan has bad a very outgoing personality and always enjoyed getting together with his new family after marrying Lisa. He was very close to his daughter Shawna and her husband, Riley Sloane, often visiting them in Moses Lake, and they would visit him and Lisa in Shelton. He loved their children, whom he took as his natural grandkids, and would visit Moses Lake to watch them in sports and just be around them, the same when they visited Shelton. His loud laugh was contagious, and he had a very outgoing personality which led to making people laugh with him, and he loved joking around with others.

He and his wife had a couple of businesses in Moses Lake for a while, but after moving to Harstine Island, near Shelton, he became self-employed and worked on different projects in that area. He will always be remembered as someone who deeply cared about his friends and relatives, even having two friends live with them in their house for years. He was a beacon to many people, and they were drawn to him because of his unique personality and sympathetic attitude toward others. Although outspoken on many subjects, he was always objective and wavered little from his beliefs and opinions on current affairs.

His immediate family will miss him, including an Uncle, several nieces, nephews, and cousins living all over the United States who he used to be around as a child. He didn't see them as an adult except at Gregory family reunions which he thoroughly enjoyed. He always had a big display of fireworks on the 4th of July, which all family members and friends tremendously enjoyed. He attended to his mother's needs during the final few years, who lived nearby until she passed away a few weeks before him.

Any donations should be made to the Cancer Foundation, and a Memorial will be forthcoming next year on the fourth of July.