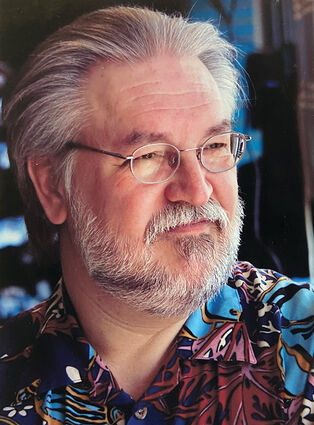 Thomas Lee Ferguson, a four-year resident of Shelton, Washington passed away peacefully on December 23, 2022, he was 69. Tom was born October 22, 1953 to Donald and Abby Ferguson in Casper, Wyoming. He was the oldest of four siblings. His family moved to Eureka, Montana when Tom's dad began his teaching career. They eventually settled in Billings, Montana where Tom graduated from Billings West High School.

Tom joined the U.S. Air Force in 1974 and became a fuel specialist at Elmendorf Air Force base in Alaska. He left the service in 1977 and began attending Eastern Montana College. He met his future wife, Linda Mallon there and after a quick courtship they were engaged and married in June of 1979. Tom and Linda went on to have two children, a daughter Ryanne and a son Tyler. Thier little family moved west to the Olympia, Washington area in the summer of 1988. Tom had a wide variety of jobs over the years, the majority of which revolved around his love of photography.

Tom enjoyed his early retirement by taking photo excursions to Yellowstone Park, Utah and New Mexico with good friends. He also studied hard to get his Ham Radio license and was thrilled when our new home in Shelton had a small building that he could turn into his perfect Ham Shack.

Tom displayed an artist's nature through his creativity, sensitivity and compassion. He was a friend too many and enemy to few. His kindness for everyone and great sense of humor will be greatly missed by all who knew him.

A memorial service will be held at the Pavilion at Sentry Park, 190 W. Sentry Dr., Shelton, WA on January 28, 2023 at 1:00 p.m. In lieu of flowers, donations can be made in Tom's honor to the American Diabetes Association.