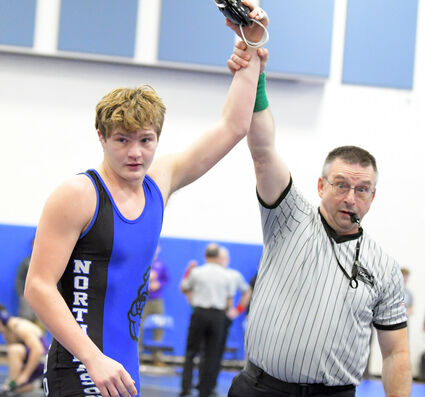 North Mason's Winter Classic wrestling tournament was pinned due to weather before Christmas, but Jake Mathews and Pedro Salvador did some pinning of their own Dec. 28 as each won their respective weight classes.

The Bulldogs finished fourth as a team at the North Mason Hawkins Memorial Classic tournament Dec. 28 in Belfair.

Salvador wrestled at 152 pounds and defeated North Kitsap opponents by pin, against Solomon Furne in the quarterfinals and Mason Holmes in the semifinals, before winning the championship match in a 7-1 decision against Central Kitsap's Christian Cartagena.