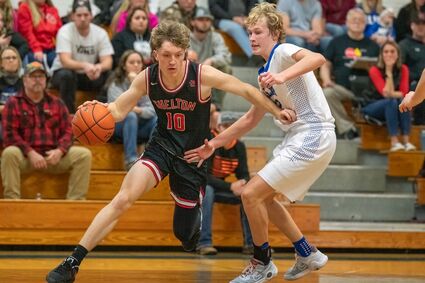 The stormy seas have settled and the Highclimbers are full sail ahead.

Shaking off an 0-5 start to the season, the Shelton High School boys basketball team routed Centralia 68-40 Tuesday night at Terry Gregg Court in Shelton for its fourth consecutive victory.

"We're still working on consistency," Shelton coach Sam Kreiger said. "In those first couple of weeks, when we were struggling, we were making a good play and then we made a bad play. And unfortunately a lot of the teams that we faced because our schedule got a little messed up because of the snow were teams that had played games, an...