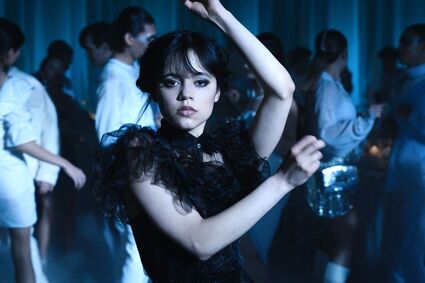 Wednesday Addams (Jenna Ortega) comes into her own in Netflix's "Wednesday."

"Wednesday Addams attends Hogwarts" is such a stupidly obvious idea for the next young adult horror dramedy franchise that I'm amazed it wasn't rolled out sooner.

Ditto hiring Tim Burton as one of the streaming series' directors and executive producers, especially when you remember that this is Burton's first real involvement with the Addams Family, beyond a planned stop-motion film that was announced in 2010 but never developed.