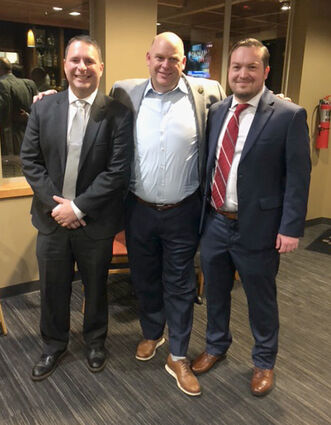 In the initial ballot count Tuesday evening, three Republicans were leading in their quests to represent the 35th District in the state Legislature.

The first ballot count gave Republican Drew MacEwen a lead over Democrat Julianne Gale in Mason County for a four-year term as state senator, with the Union resident receiving 11,817 votes for 5...