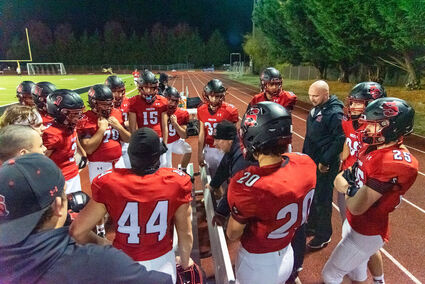 What a difference a year makes.

The Shelton Highclimbers football team was back in a Kansas tiebreaker once again on Monday at Tumwater District Stadium with Black Hills and Aberdeen, with two spots in the district crossover playoff games on the line.

Shelton defeated Black Hills in the first matchup, and then took down Aberdeen to secure the No. 4 seed out of the Evergreen Conference into the District crossover games. The Highclimbers will travel to Washougal to take on the Panthers at 7 p.m. Friday at Fishback Stadium, trying to secure a spot in the state tournament.