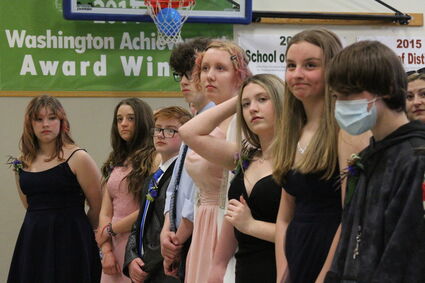 In June, Southside School seventh-graders were celebrated at a promotion ceremony. The Southside district is running a levy in the upcoming election.

If Southside School District's replacement levy on the Nov. 8 general election ballot fails, the 120-year-old school district might be absorbed into the Shelton School District.

The levy needs a simple majority to pass. In the April 26 speci...