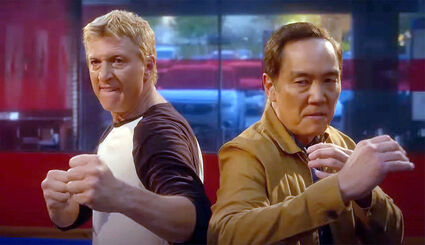 As fond as I remain of the original "Karate Kid" films, Parts I through III never quite hung together well as a trilogy, even before they attempted to resurrect the franchise on the big screen - twice, with Hilary Swank and Jackie Chan (and we won't even get into the cartoon).

Which makes it all the more impressive that the "Cobra Kai" streaming series, whose fifth season debuted on Netflix on Sept. 9, has not only managed to retroactively recast those disparate films as chapters of a thematically consistent narrative, but has also delivered more earnestly earned villain redemptions than an...