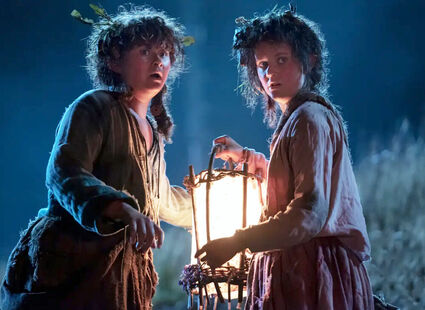 Harfoots Poppy (Megan Richards) and Nori (Markella Kavenagh) share a secret in Amazon Prime Video's "The Lord of the Rings: The Rings of Power."

I entered into the first two episodes of Amazon Prime Video's "The Lord of the Rings: The Rings of Power" with considerably mixed feelings, and in spite of finding myself impressed by a lot of what I saw, I'm approaching the rest of the season with mixed feelings still.

Thanks to the subsequent significant stumbles of the "Star Wars" film series, Peter Jackson's "The Lord of the Rings" trilogy seems even more flawless now than when it was first released, but Jackson's "Hobbit" trilogy was an over-inflated mess.

Although Amazon is technically producing another adaptation of "The Lord of the...