'The Sandman' gets flawless adaptation

Story about dreams that inspire all our stories 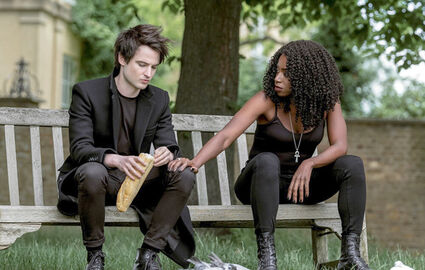 Dream of the Endless (Tom Sturridge) receives comfort and counsel from his older sister Death (Kirby Howell-Baptiste) in the Netflix adaptation of Neil Gaiman's "The Sandman."

Once upon a time, there was a family of seven virtually godlike siblings, known as the Endless, each of whom embodied a core concept of mortal existence.

From oldest to youngest, they were Destiny, Death, Dream, Destruction, Desire, Despair and Delirium, the last of whom was originally known as Delight.

During World War I, British aristocrat and occultist Roderick Burgess sought to capture Death, but instead accidentally bound Dream, aka Lord Morpheus of the Dreaming, whose captivity lasted long enough to rob the majority of the mundane 20th century of its hopes and dreams.