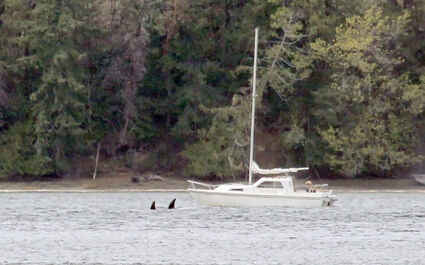 Orca whales surface in April next to a boat just north of the Oakland Bay Marina and Shelton Yacht Club.

Transient killer whales have been spotted in the southern reaches of the Salish Sea.

"They are called transient because they come and go, but we have been seeing in recent years more transients and them spending longer periods of time in Puget Sound," Watson told the Journal. "Part of that could be there's plenty o...