Crash: Drugs, alcohol are believed to be factors 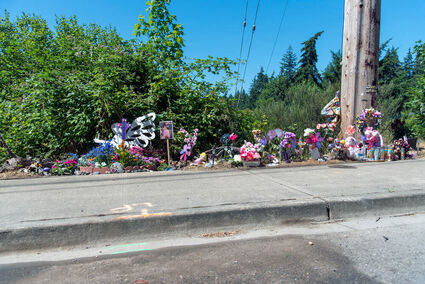 Flowers, candles and other items are displayed Tuesday on Northcliff Road at the site of a July 10 fatal crash.

A July 10 fatal accident on Northcliff Road near 8th Street involved two cars and the arrest of Matthew J. Galvin, 38, for vehicular homicide, vehicular assault and assault in the third-degree.

As of press time, Galvin is not in custody and a court appearance hasn't been scheduled.

A person in the white sedan was declared dead at the scene. Fire and medi...