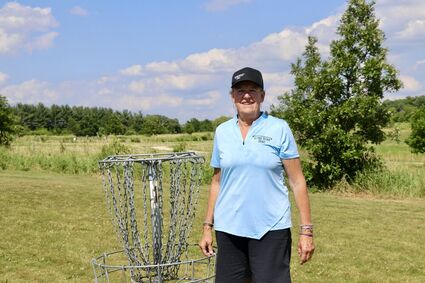 Allyn's Janice Jones poses for a photo after winning the U.S. Women's Amateur Master 60+ Championship in Madison, Wisconsin, on July 3.

Jones, 64, won with a score of +14, four shots better than second-place Janet Cranshaw.

"I'm thrilled. In the last year, I think I've worked very hard, deliberately, to put myself in that position," Jones told the Journal.

Jones said she moved back to the state about a year ago after living in Utah for about 20 years. She's been playing disc golf for the past four years and h...