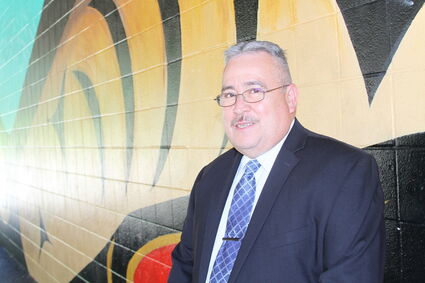 Jose de Jesus Melendez, the new superintendent of the Hood Canal School District, has been a teacher, principal, program director and superintendent in California, Colorado, Oregon and Washington.

Growing up in a small village in central Mexico, Jose de Jesus Melendez picked corn, beans and sweet potatoes to help support his subsistence-farming family. He attended a one-room schoolhouse, at least when a teacher was available.

When Melendez was in the fourth grade, his father told him, "You're an educated man now" and pulled him out of school to pick sugar cane fulltime. His formal schooling days in Mexico were over.

Teachers and tutors who recognized his potential helped transform him from a 27-year-old immigrant who knew little English to a school administrator with two master's degrees.

"All along I found someone who cared deeply," Melendez said.

Born in 1964, Melendez grew up in a village of about 50 people in the state of Zacatecaz.

"It was so isolated there was no electricity or running water," Melendez said. He added, "You're looking at a person who plowed with a horse."

Formal schooling began in the first grade, with all the students through secondary school in a one-room schoolhouse.

"We had a new teacher for a month or two, then they'd leave ... When teachers were absent, something in my life that was so important was missing," he recalled.

That's when his father, who had a first-grade education, pulled him out of school to pick sugar cane. "We needed to earn cash to buy the goods we couldn't grow," he said.

When Melendez was 15, two uncles moved their families to the Salinas Valley in central California. Melendez followed, to pick crops and send money home to his family. He remembers being shocked by the abundance during his first trip to a supermarket and less impressed by his first McDonald's meal.

Melendez kept moving, harvesting crops in El Paso and Phoenix, watermelons in central California, fruit in Oregon and as far north as Wenatchee. He learned English watching "Sesame Street." A back injury at age 27 forced him to reconsider his options. He was steered toward a high school equivalency program in Eugene, Oregon.

"The idea of education started to become real," he said.

Having instructors fluent in Spanish helped him earn his GED. He received tutoring for the first time. An instructor who was a Chinese immigrant "paved the way and brought down all these barriers."

Melendez was the director of student success in the La Grande School District in Oregon until plummeting attendance caused by COVID forced the school district to eliminate his position. Then he saw the posting for the job on Hood Canal. The district has about 300 students in pre-kindergarten through the eighth grade.

Melendez said he likes the school's location on the Skokomish Tribe reservation. He found a house to rent in Union.

"I sensed that this is a place filled with children who need someone like me."