Not subtle in message about stronger together 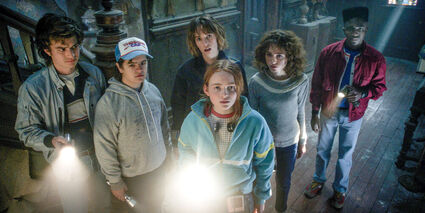 The gang's all here again, plus a few new members, and ready to fight the forces of the Upside Down once more, in "Stranger Things" season 4.

After four seasons on Netflix, and six years at the forefront of pop culture consciousness, I'm suddenly hearing a lot of people ask what "Stranger Things" is all about, even though its focus has hardly shifted.

"Stranger Things" is set almost entirely during the 1980s, and mostly in the American Midwest, and revolves around a loosely affiliated group of teens and tweens, plus their occasionally present parents. The group members have overcome their adolescent relationship drama to band together as fiercely loyal friends so they can stand against what has become semi-annual incursions into...