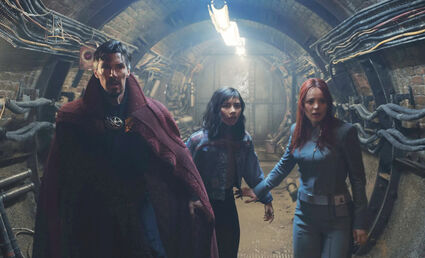 As I'd anticipated, "Doctor Strange in the Multiverse of Madness" was well exceeded by "Everything Everywhere All at Once" as a free-for-all romp across multiple universes, but what I suspect surprised a lot of moviegoers over the weekend is the "Multiverse of Madness" pales even in comparison to "Spider-Man: No Way Home," which benefited from focusing more on fan service than on fan homework.

While I'd still defend the "Doctor Strange" sequel as a solidly entertaining and well-made Marvel Cinematic Universe film, it is also very much an MCU film, which means it exists in small part to move...