Script is littered with references to Cage films 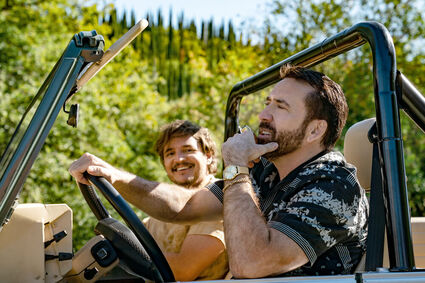 Pedro Pascal and Nicolas Cage bond over cinematic storytelling in "The Unbearable Weight of Massive Talent."

What's perhaps most notable about "The Unbearable Weight of Massive Talent," a charmingly affectionate sendup of the iconically bizarre public persona of Nicolas Cage, is that its most compelling performance doesn't come from the actor you'd expect.

In both his best and worst work as an actor, Cage has always managed to distinguish himself from his peers, in no small part because he never gives any performance less than his all. To his credit, he commits just as wholeheartedly to this film's portrayal of a fictionalized version of Cage who's more than slightly self-absorbed, to the point of...