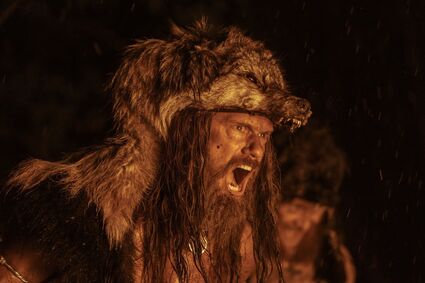 "The Northman" is basically two hours and 20 minutes of Alexander Skarsgård making this face, and it's awesome.

Tell me a tale of the past, and I'll often spot what you're saying about the present.

The first two "Godfather" films ostensibly chronicle the ascendance of the Mafia in American culture in the 20th century, but they're as much about our country questioning its faith in its own institutions in the wake of Watergate.

Steven Spielberg and George Lucas created Indiana Jones and "Star Wars" as tributes to the Saturday morning adventure movie serials they grew up with, but they prophesied how their fellow baby boomers' tastes would feed a nostalgia-hound movement in entertainment that emerged du...