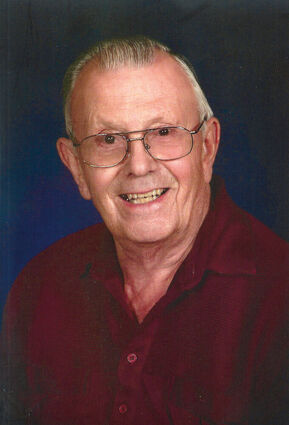 When he was a young boy, his family moved to Tahuya, and he lived the rest of his life in the Belfair area. In 1945, he joined the US Navy and proudly served in the Pacific for four years. Upon leaving the Navy, Allan, his father and brother, Orrin started Sande Boat Works on the North Shore of the Hood Canal. It was there that they built and sold boats to Puget Sound Naval Ship-yard, the local community, and patrons up and down the Pacific Coast. Along with larger boats, they built and sold the popular Sande Ace, a boat still occasionally seen cruising around the waters of Hood Canal. In 1960, Sande Boat Works moved to Belfair, where the business turned from building to selling and repairing boats and motors until they sold the company in 1979.

In 1950, Allan married his sweetheart, Beatrice (Duval), whom he enjoyed life with for 72 incredible years. Allan and Bea remained in the Belfair area, where he enjoyed spending time with his family and friends and traveling when they could. They spent a large part of their retirement traveling in their RV to areas such as New Orleans, Texas, Florida, and Baja, Mexico. The highlight of their travels was a trip to Norway to visit relatives in the 80's. An avid outdoorsman, Allan enjoyed hunting, fishing, and boating and his experience as a boat builder preordained him as an excellent craftsman and teacher. He was always willing and eager to assist his children with their home projects and share his knowledge and expertise with his grandchildren and great-grandchildren.

Allan and Bea were very devoted and dedicated to their church, Christ Lutheran Church in Belfair, where they were charter members. Allan had many accomplishments he was proud of but being the foreman and having an instrumental role in constructing the church itself, in the late 70's, was one of his prouder accomplishments.