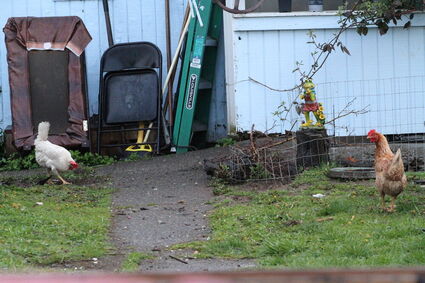 Backyard chickens are a problem in the city, according to code officers.

The Shelton City Council refined its proposed animal ordinances, allowing residents to own five hens - but no roosters - regardless of the size of their property.

The council members also discussed the proposed changes to ordinances regarding cats and dogs April 12 at a study session.

The council gave preliminary approval to new animal ordinances at its Feb. 15 meeting. At its March 1 meeting, the council postponed voting to make the new laws official after debating some of the details.

Under the initial proposed ordinance, residents in neighborhoods in land between 5,000 and 43,559 square...