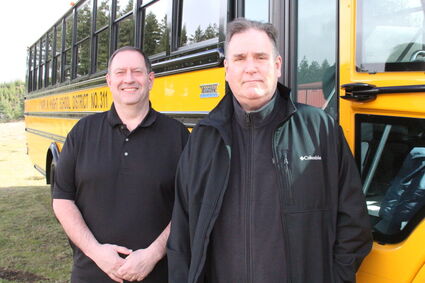 The Mary M. Knight School District has received the first electric school bus in Mason County, a $275,000 gift from the state Department of Ecology.

The bus was delivered last week, and should be transporting students in the next couple weeks, said Superintendent Matt Mallery. The grant also paid for a charger for the bus.

The bus can travel about 100 to 120 miles on an electric charge, Mallery said. That means the bus can pick up and deliver students to the two schools in the morning, be recharged during the day, conduct the afternoon runs and then be recharged overnight by the new solar p...