Took pride in being an 'independent voice' 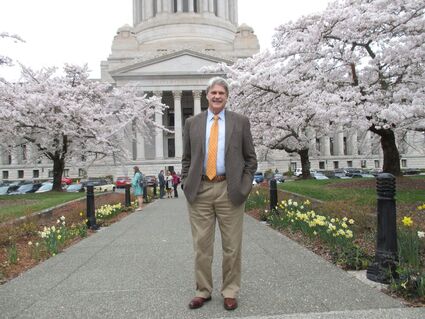 Tim Sheldon, D-Potlatch, is retiring after more than three decades representing the 35th Legislative District in the Washington Senate. Sheldon is the longest-serving current member of the Legislature.

Tim Sheldon joined the state Legislature during the year Bryan Adams' "I Do It for You" was the No. 1 song, the New York Giants defeated the Buffalo Bills in Super Bowl XXV and "Terminator 2: Judgment Day" was the top grossing movie.

That year was 1991, and now 31 years later, Sheldon has decided it's time to retire.

"It came along during this term. It's been 32 years in Olympia and before that I had six years as a port commissioner, so it overlapped two years so 32 and four, that's 36 years and I want to do some other things," Sheldon said.

Sheldon was in the House of Representatives fr...