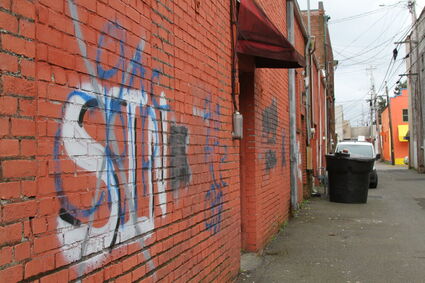 The City of Shelton has no separate ordinances involving graffiti, such as is shown here in downtown Shelton recently, and is working on creating one. Shelton City Council members say they see increasing vandalism throughout the town.

"I've definitely seen an uptick of this in the community, not just downtown," said Joe Schmit.

"You drive by an alley and 'boom,' and it wasn't there yesterday," said Kathy McDowell. "When did they do it?"

City Manager Jeff Niten told the council the city has no ordinances regarding graffiti. The word "graffiti" appears only onc...