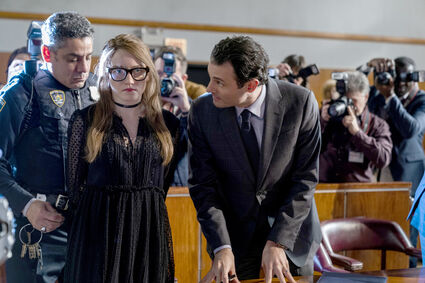 The saga of fake German heiress Anna Delvey (Anna Sorokin), whose larcenous misdeeds were first made famous by articles in Vanity Fair and New York magazines in 2018, seems almost tailor-made for a TV miniseries adaptation, so I couldn't help but check out the nine-part "Inventing Anna" on Netflix.

With Shonda Rhimes at the helm as executive producer, it's no surprise that this adaptation of Jessica Pressler's "How Anna Delvey Tricked New York's Party People" for New York is well-cast and captures both the atmosphere and the immediacy of the social media on which the self-created character...