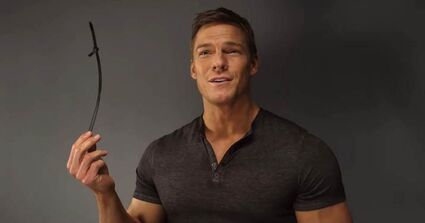 Foolish mortals, no zip-ties can restrain Alan Ritchson as "Reacher" on Amazon Prime.

Amazon Prime and Netflix recently released two eight-part direct-to-streaming miniseries whose respective target audiences are far apart, but whose commitment to their genre formulas of storytelling are equally impeccable.

If you've ever read one of Lee Child's Jack Reacher novels, you're old enough to remember when airplane trips didn't include the luxury of entertaining yourself with portable electronic devices during flight.

For you youngsters out there, a subspecies of paperback page-turners existed solely to be plowed through in roughly...