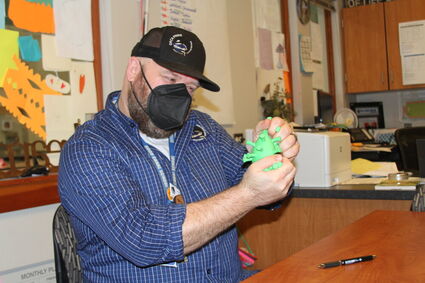 Hood Canal School Principal Vernon Bruni recently squeezes a pandemic stress ball in his office. Despite a surging number of COVID-19 cases, the district has not been forced to close a single classroom due to a breakout. "I think we're doing better than most," he said.

The Mason County Auditor's Office released the second count of ballots at 4 p.m. Wednesday, after the Journal went to press. Turnout for the initial count was at 33.87%. The county is set to certify election results Feb. 18.