Carver: A man ahead of these times 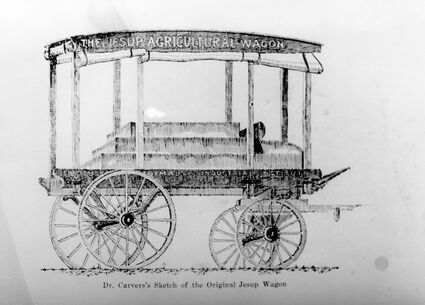 The first Jesup Wagon, a touring demonstration of agricultural tools and techniques, was conceived, equipped, and given a curriculum by polymath agronomist George Washington Carver in 1906. It was the precursor of County Extensions.

This week, as I raked two hogsheads of dead leaves into pens for composting and producing leaf mold, it was nice to discover that a mainstream agronomist recommended this wintertime activity over a century ago. George Washington Carver was a lot more than the "peanut man" to which he's been boiled down.

Sure, he found over 300 uses for peanuts. In 1921, he testified before Congress so capably that, initially granted 10 minutes, he was given "unlimited time" to expound a the properties of and purposes for the peanut.

For all that, Carver observed that 17 years after his first peanut bulletin...